The difference between High tensile bolts and ordinary bolts:

High strength bolts can bear a larger load than ordinary bolts of the same specification.

The material of ordinary bolts is made of Q235 (namely A3). The material of high-strength bolts is 35# steel or other high-quality materials. After being made, heat treatment is performed to improve the strength.

From the perspective of High tensile bolts raw materials:

From the perspective of High tensile bolts strength level:

From the point of view of High tensile bolts the force characteristics:

high-strength bolts exert pretension and transfer external force by friction. Ordinary bolted connections rely on the shear resistance of the bolt rod and the pressure of the hole wall to transmit the shear force. The pre-pressure generated when the nut is tightened is small, and its effect can be ignored. In addition to the high material strength of the high-strength bolt, it also applies a lot to the bolt. The pre-compression force produces an squeezing force between the connecting components, so that there is a great friction force perpendicular to the screw direction, and the pre-compression, anti-slip coefficient and steel type directly affect the bearing capacity of the high-strength bolt. According to the characteristics of force, it is divided into pressure type and friction type. The calculation methods of the two are different. The minimum specification of high-strength bolts is M12, and commonly used are M16~M30. The performance of oversized bolts is unstable and should be used with caution in design. 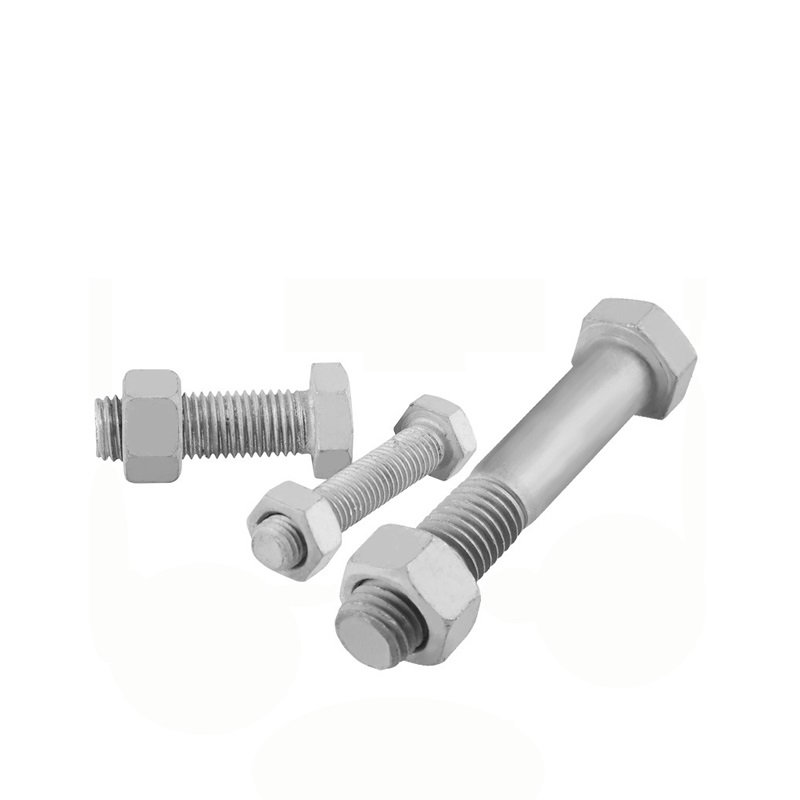 The High tensile bolts connection is to clamp the plates of the connecting plate through the large tightening pre-pressure in the bolt rod, which is sufficient to generate a large friction force, thereby improving the integrity and rigidity of the connection. When subjected to shear force, according to the design and The different force requirements can be divided into two types: high-strength bolt friction type connection and high-strength bolt pressure-bearing type connection. The essential difference between the two is that the limit state is different. Although they are the same type of bolts, they are calculated in terms of calculation methods, requirements, and scope of application. All are very different. In the shear design, the high-strength bolt friction type connection is the limit state when the external shear force reaches the maximum possible friction force provided by the bolt tightening force between the contact surfaces of the plate, which is to ensure that the internal and external shear force of the connection does not exceed during the whole use Maximum friction. 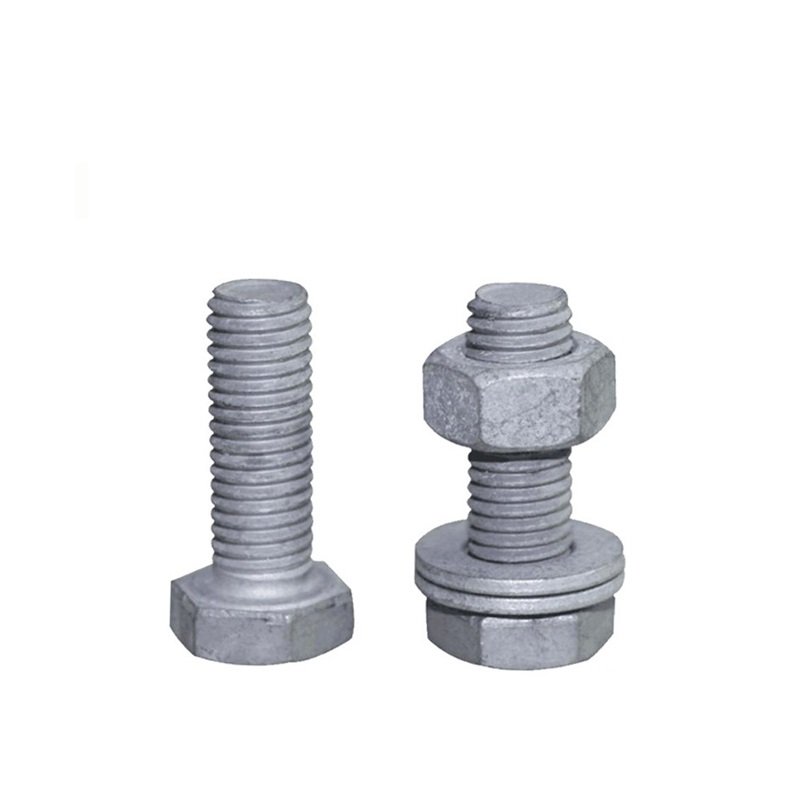 The plates will not undergo relative sliding deformation (the original gap between the screw and the hole wall is always maintained), and the connected plates will be stressed as a whole by elasticity. In the shear design, the external shear force is allowed to exceed the maximum friction force in the high-strength bolt pressure-bearing connection. At this time, relative sliding deformation occurs between the connected plates until the bolt rod contacts the hole wall, and then the connection depends on the bolt rod Shaft shear and hole wall pressure and the friction between the contact surfaces of the plate jointly transmit force, and finally the shaft shear or hole wall pressure failure is regarded as the limit state of connection shear. In short, friction-type high-strength bolts and pressure-bearing high-strength bolts are actually the same kind of bolts, it is just whether slippage is considered in the design. Friction-type high-strength bolts must not slide, and the bolts do not bear shearing force. Once slipped, the design is considered to have reached a failure state, which is technically mature; pressure-bearing high-strength bolts can slide, and the bolts also bear shearing force. The final damage is equivalent to ordinary Bolt damage (bolt cut or steel plate crushed).

From the perspective of use:

High-strength bolts are pre-stressed bolts. The friction type uses a torque wrench to apply the specified pre-stress, and the pressure-bearing type unscrews the plum head. Ordinary bolts have poor shear resistance and can be used in secondary structural parts. Ordinary bolts only need to be tightened.

Level 8.8 is the same level as 8.8S. The force performance and calculation methods of ordinary bolts and high-strength bolts are different. The force of high-strength bolts is first applied to the interior of the pretension P, and then friction resistance is generated on the contact surface between the connected parts to withstand the external load, while the ordinary bolts directly bear the external load. 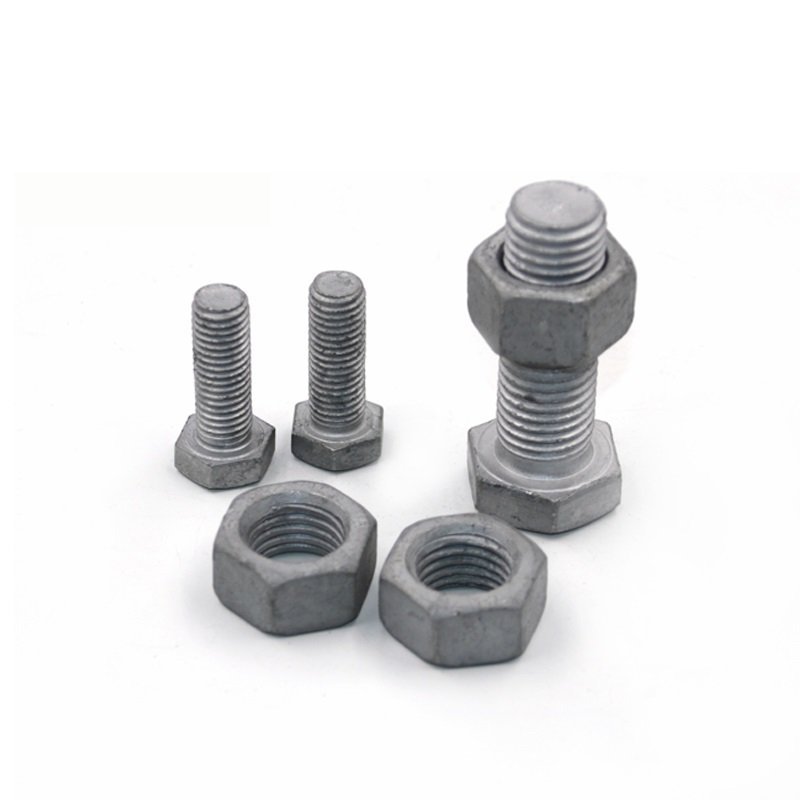 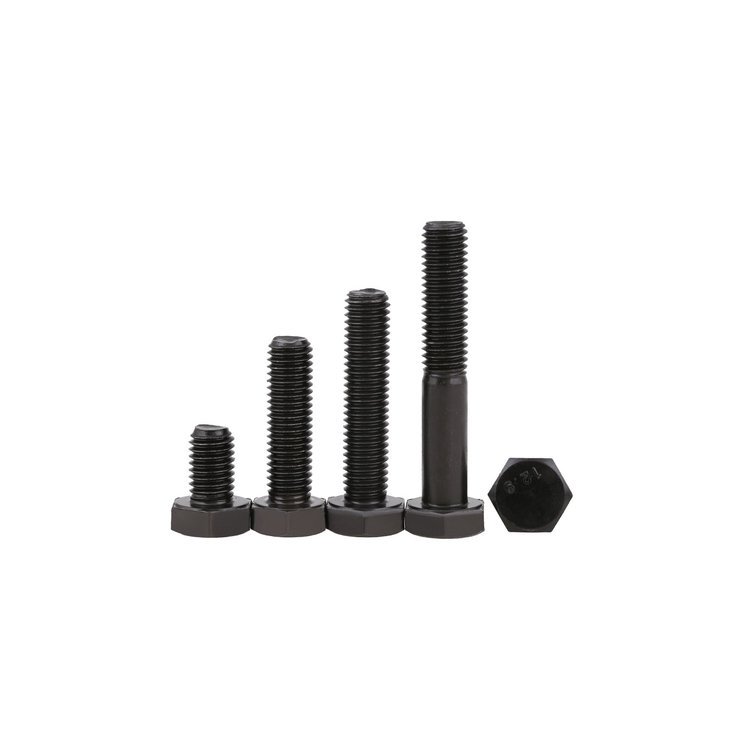 Today’s advanced manufacturing represented by large aircraft, large power generation equipment, automobiles, high-speed trains, large ships, and large complete sets of equipment has entered an important development direction. As a result, fasteners will enter an important stage of development. High-strength bolts are used for the connection of important machinery. Repeated disassembly or various installation torque methods require high-strength bolts. Therefore, the surface condition and thread accuracy will directly affect the service life and safety of the host. In order to improve the coefficient of friction and avoid rust, seizure or seizure during use, the technical requirements stipulate that the surface should be treated with nickel-phosphorus plating. The thickness of the coating is guaranteed to be within the range of 0.02～0.03mm, and the coating is uniform, dense and without pinholes.

18Cr2Ni4W, 25Cr2MoV steel; bolt specification: M27～M48. Since this type of steel is easy to form a passivation film on the surface, and this passivation film will prevent the bolt from obtaining a chemical nickel-phosphorus layer with good adhesion, special pretreatment measures must be taken to remove the film first, and measures should be taken To prevent it from regenerating, it is possible to ensure a good bonding force between the plated layer and the substrate after plating. At the same time, due to the large geometric size of the bolt, the quality inspection of the nickel-phosphorus plating treatment and process has increased difficulty.

Friction-type high-strength bolts: suitable for steel frame structure beam and column connection, solid web beam connection, heavy crane beam connection in industrial plant, brake system and connection of important structures under dynamic load.
Pressure-bearing high strength bolts: can be used for shear connection in static load structures that allow a small amount of sliding or indirect dynamic load components.
Tensile high-strength bolts: When the bolts are under tension, their fatigue strength is low. Under dynamic load, their bearing capacity cannot easily exceed 0.6P (P is the allowable axial force of the bolt). Therefore, it is only suitable for use under static load. Such as flange butt joints and T-joints of pressure rods. 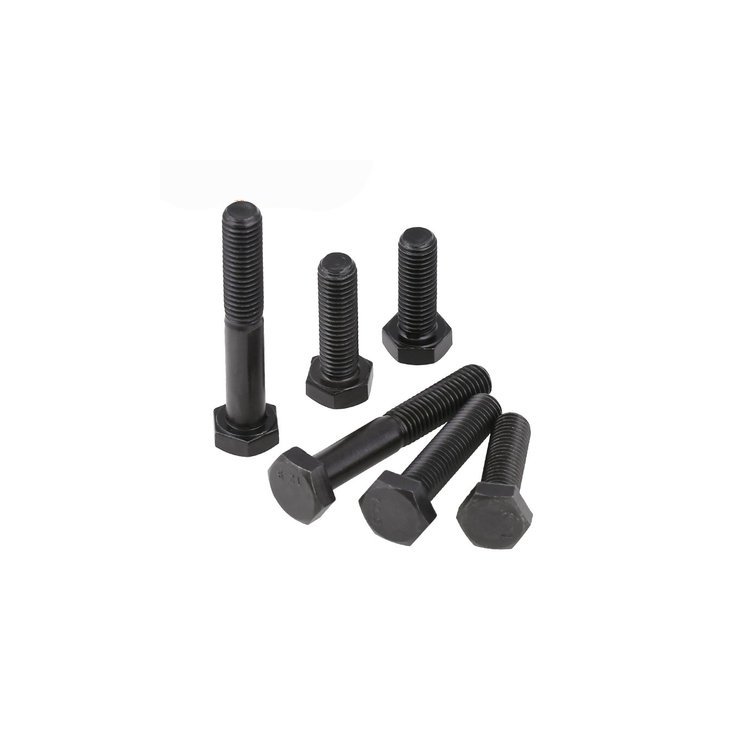 Quality considerations
(1) Floating rust, oil stains, burrs on the bolt hole wall, welding bead, etc. should be cleaned up.
(2) After the contact friction surface is processed, the specified anti-scratch coefficient requirements must be met. The high-strength bolts used should have matching nuts and washers. They should be used as a set when in use and cannot be interchanged.
(3) When installing the friction surface of the processed component, it is not allowed to be stained with oil, dirt, etc.
(4) The friction surface of the module should be kept dry during installation and should not be operated in the rain.
(5) Strictly check and correct the deformation of the connected steel plates before installation.
(6) It is forbidden to hammer into the bolt during installation to prevent damage to the bolt thread.
(7) The electric wrench that is tested regularly when in use, to ensure the accuracy of the torque, and operate in the correct tightening sequence.
Main safety technical measures
(1) The size of the wrench opening of the adjustable wrench should be consistent with the size of the nut, and a small wrench should not be used to add casing. A dead wrench should be used for high-altitude operations. For example, a rope should be used to fasten the adjustable wrench, and the safety belt should be fastened.
(2) When assembling the connecting bolts of steel components, it is strictly forbidden to insert the connecting surface or probe the screw holes by hand. When picking and placing the shim plate, your fingers should be placed on both sides of the shim plate. 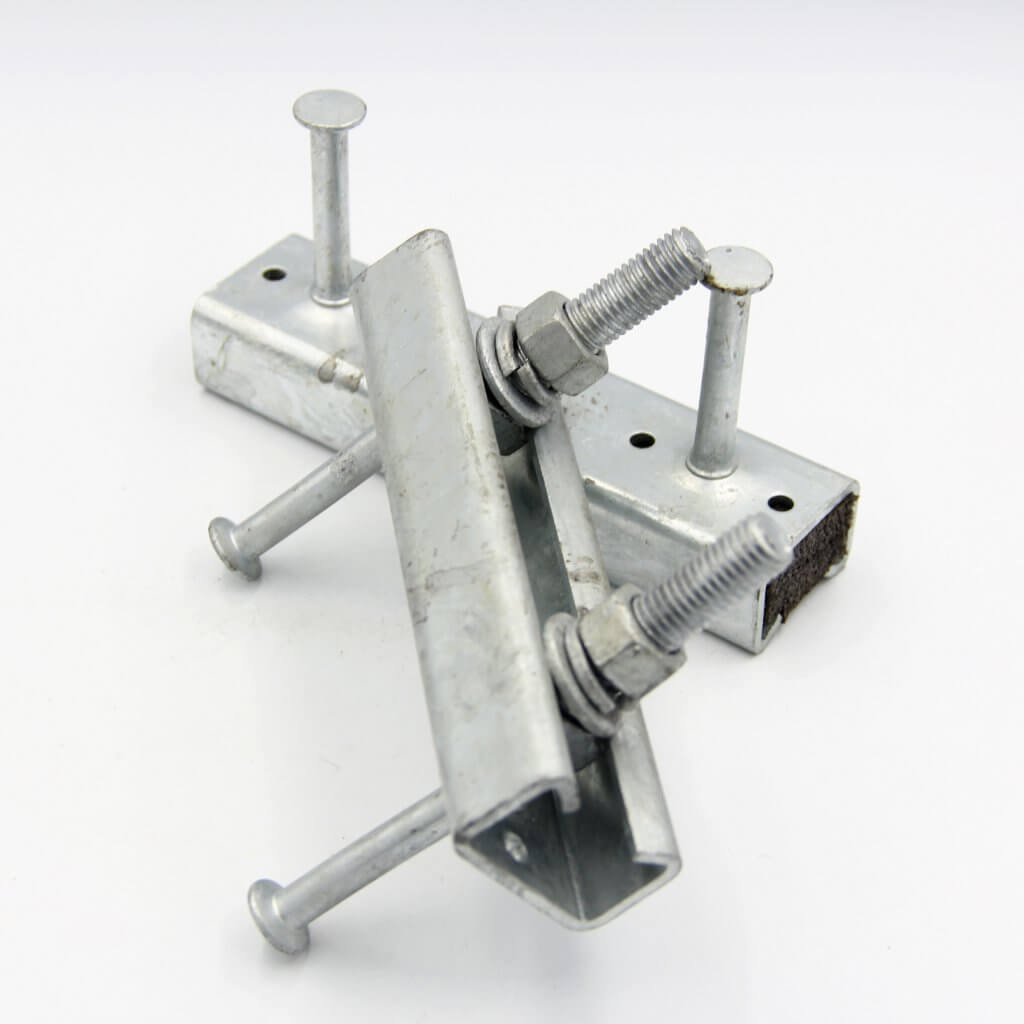